Whether you are an heir, a trust beneficiary, a will beneficiary involved in a probate, or the beneficiary of a bank account, a pension, a 401k, IRA or other investment account, or a life insurance policy, we have the experience to advise you of your rights, what you can expect, when you can expect it, and help guide you through your trust, estate or probate administration, to fight to get what’s yours if you are involved in a trust, estate or probate litigation, and to protect you from abuse by fiduciaries, beneficiaries, and others, including protecting you or your loved ones from financial elder abuse.

The Beneficiary’s Guide to Contesting a Will

When you contest a will, you challenge the legitimacy of the will in probate court. If a will contest is successful, the court will throw out the invalid will, and the deceased’s property will be distributed either per the terms of an older will or local state probate law. Importantly, you are unlikely to successfully dispute a will simply because you do not like what it says or you disagree with the property distribution. To succeed you are going to need to be able to prove the will is not legally valid.  Here’s a quick guide.

Can a will be contested?

Yes, a will can be contested by certain parties under specific circumstances. Some of the most common reasons for contesting a will include:

For a will to be valid, the testator must follow specific rules and formalities as defined by state probate law. While the specific requirements differ among states, every will must meet the following conditions for the will to be enforceable:

If the will does not satisfy any of these requirements, its validity can be successfully challenged.

In order for a will to be enforceable, the person making the will (also known as the “testator”) must have what is called “testamentary capacity” at the time it was created. To be considered to have testamentary capacity, the testator must understand three basic ideas:

If the testator did not have the mental capacity to understand these concepts due to Alzheimer’s dementia, a stroke, or another disabling ailment, the will can be contested and thrown out based on the testator’s incapacity.

Another common basis for a will contest is undue influence or coercion. Undue influence means that the testator did not make the will of their own free will and that they were pressured into creating the will or leaving property to someone when they would not have otherwise done so. If the testator changed their will as a result of coercion or force from another person, the will can be contested as invalid.

How to contest a will

To contest a will, an interested party – an heir or beneficiary under a prior will – will need to file a petition in the probate court in the county where the testator lived. The petition must be a formal, written document that outlines the reasons the will is not valid. You will want to retain an experienced probate litigation attorney who is familiar with litigating disputes in the probate court system in that county.

How long do you have to contest a will?

All wills must go through a process called “probate,” which is basically just the process of administering the will through the appropriate county probate court. Once a will has been filed with the probate court, the countdown to the deadline for will contests will begin. In California, you have 120 days to contest the will from the day that probate is opened. However, if you receive notice that someone has filed a petition that claims the testator died without a will, you should file a probate petition with a copy of the will with the probate court as soon as possible and lodge the original with the court.

How much will it cost to contest a will?

The cost of contesting a will varies depending on the particular facts of your case, but most challenges cost thousands of dollars, with minimum attorney fee retainers ranging from $5,000 to $10,000. Successfully contesting a will is challenging, so you’ll want to consult with an experienced probate attorney before taking any action. Whether a contest will be worth the cost depends on a variety of factors, such as the size of the estate, the amount of money you might recover, and the strength of your arguments for the will’s invalidity. A seasoned lawyer can help you evaluate your case and choose the best course of action.

Who can contest a will?

Only people who are considered “interested persons” can contest a will. An interested party is defined by state law, but is generally anyone who has a financial interest in the estate. The California Probate Code § 48 defines an “interested person” as “an heir, devisee, child, spouse, creditor, beneficiary, and any other person having a property right in or claim against a trust estate or the estate of a decedent which may be affected by the proceeding.” Generally, this limits interested parties to heirs-at-law, whether named or unnamed in the will, beneficiaries of previous wills who were excluded from the current will, or others with a financial interest in the estate.

Can a child contest a will if excluded or disinherited?

Yes. If the deceased’s child is excluded from a will or disinherited in it, the child can contest it. These challenges are particularly effective when based on undue influence, fraud or incapacity. A child may also be able to contest a disinheriting will if they can prove that their parent disinherited them based on a mistake of fact, such as an incorrect belief that the child was a drug addict. Children who successfully contest a disinheriting will can often receive substantial inheritances.

Can nieces and nephews contest a will?

Nieces and nephews can contest wills if they are determined to be parties at interest, which means that they have a financial interest in the estate. This would generally occur in situations where a niece or nephew is named a beneficiary of the current will or was named a beneficiary under a previous version of the will but removed from the most recent will.

Can an Executor Override a Beneficiary?

An executor can override a beneficiary if they need to do so to follow the terms of the will. Executors are legally required to distribute estate assets according to what the will says. This means that if a beneficiary disagrees with the distribution in the will or other terms the executor can — and must — disregard the beneficiary’s desires to carry out the will’s requirements.  If a dispute arises, then an executor should petition the court for instructions, and that court order will then control how the issue is resolved.

The Ultimate Guide for a Contingent Beneficiary

An executor can override a beneficiary if they need to do so to follow the terms of the will. Executors are legally required to distribute estate assets according to what the will says. This means that if a beneficiary disagrees with the distribution in the will or other terms the executor can — and must — disregard the beneficiary’s desires to carry out the will’s requirements.  If a dispute arises, then an executor should petition the court for instructions, and that court order will then control how the issue is resolved.

We have decades of experience getting results for people like you. Our team will listen to you, investigate your claims, develop a strategy aimed at accomplishing your goals efficiently and cost-effectively, whether that’s through negotiated resolution, formal mediation or trial, so that you can move on with your life. Schedule a free consultation, or give us a call.

Stepping into the role of “Personal Representative” to handle your loved one’s trust, will, or probate estate can be an overwhelming experience. We have decades of experience helping individual and institutional administrators, executors, and trustees fulfill all their duties efficiently and cost-effectively. Although just a summary, below are many of the things we can help you with, and we’re always happy to answer your questions.

When your loved one is incapable of handling their affairs, whether financial or their own care, it may be time to consider a judicial conservatorship of the person (personal health and welfare of the conservative) or conservatorship of the estate (care of the conservatee’s finances), especially where your loved one may be the subject of financial or elder abuse. Often family members believe that a power of attorney or healthcare power may be sufficient, but often they are wrong. Sadly, even more often the person who holds those powers is the one abusing the loved one. Whether you need help analyzing whether a conservatorship is warranted, or need help defending against a frivolous conservatorship action, we can help.

Financial elder abuse is one of the fastest growing areas of law, affecting one of the most vulnerable sectors of our society. California’s elder abuse statutes provide extra protections to those 65 years of age and older who were victimized by the fraud or theft of another, most often a “loved one” who takes advantage of mom, dad, aunt, uncle, grandma or grandpa’s incapacity. We have successfully prosecuted and defended hundreds of financial elder abuse cases. 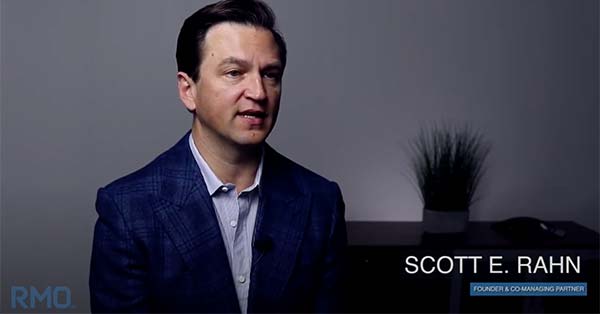 The Guide to Family Trust Embezzlement and Stealing

Family trust embezzlement and stealing is more common than you might think. At RMO Lawyers, we investigate, prosecute and defend these claims every day…
MORE INFO 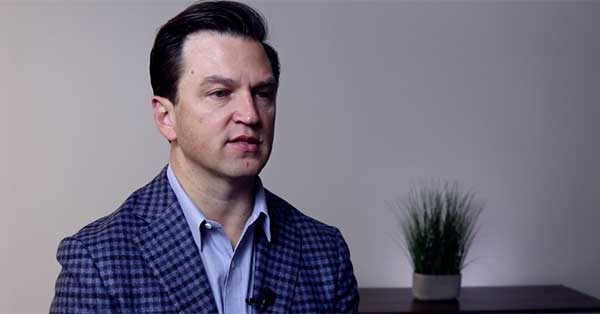 The Penalty for Stealing from an Estate

When an abuser steals from an estate, the penalty can be as little as simply returning the stolen monies or assets to the trust or estate. However, the California Probate Code does…
MORE INFO 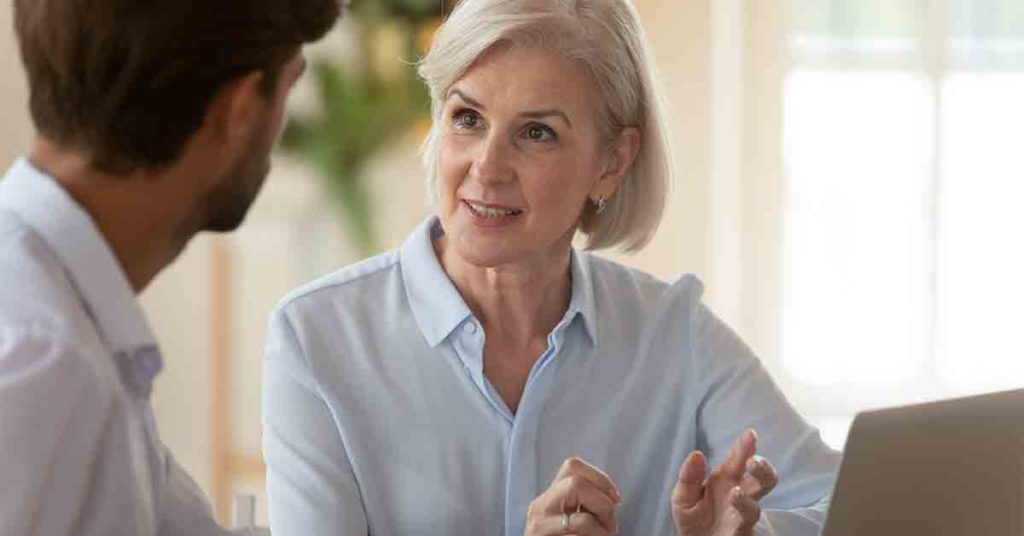 What does a probate lawyer do?

When a person passes away, their assets must be disbursed in a manner consistent with state laws and following the directions they put forth when they were alive…
MORE INFO
MORE FROM THE BLOG

Please note that communications by you to RMO LLP or any of its lawyers through this website do not create an attorney-client relationship between you and the firm. Do not send any privileged or confidential information to the firm through this website or otherwise until instructed in writing from us to do so.